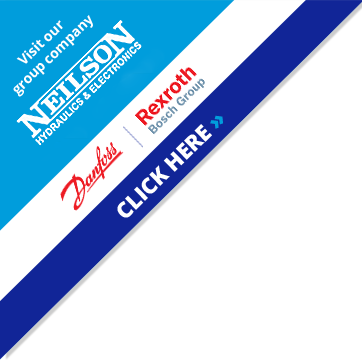 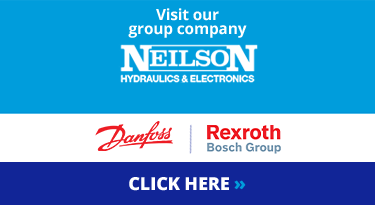 What are Air Blast Coolers used for?

What are Air Blast Coolers Used for?

Air blast coolers are used for process cooling. Ambient air is forced over a heat exchanger to remove unwanted heat from a closed circuit containing process fluids or intermediate coolant. Coolant return temperatures can be as low as 10°C above ambient air.

Overheating ranks No.2 in the list of most common problems for hydraulic equipment and Emmegi Air Blast Hydraulic Oil Coolers are an excellent product to help combat this problem.

Emmegi air-oil heat exchangers are used for cooling oil hydraulic systems using the coolant ambient air that passes over the radiant by means of a fan operated by an electric or hydraulic motor. The cooler element, in high resistance aluminium alloy, is obtained by means of a braze-welding process carried out under vacuum. The particular configuration of the cooling pipes increases the turbulence of the fluid consequently of the exchange capacity; moreover, the presence of special jets on the cooler finning further improves the total transmission coefficient. The result is a very small, light and robust technologically advanced product.

Why use an Emmegi Air Blast Hydraulic Oil Cooler?

As stated at the beginning, overheating ranks No.2 in the list of most common problems with hydraulic equipment. Leaks being No.1.

A high-performance piston pump has an efficiency of 92%. If this pump drives a piston motor, the overall efficiency of this hydraulic drive is 85% (0.92 x 0.92 x 100 = 85) and this is without considering losses through valves and conductors.

And that's good! A gear pump or motor in good condition is 85 percent efficient. So, a gear pump driving a gear motor has a best-case efficiency of 0.85 x 0.85 = 0.72. That's 72 percent - not considering losses through valves and conductors.

What this tells us is that every hydraulic system with a high, continuous power input (and therefore output power) requires an oil cooler to keep oil temperature stable and within acceptable limits.

How to size an Emmegi Air Blast Hydraulic Oil Cooler

When sizing an oil cooler, the first thing to consider is the continuous input power of the system. We like to work in kilowatts, because kilowatts of input power given up as heat equates near enough to the same amount of required heat rejection in kilowatts. In other words, it's a lot simpler than working in horsepower and BTU/h.

For example, if a hydraulic system has a continuous input power of 100kW and its 80 percent efficient, then 80kW is available at the output to do useful work and 20kW is converted to heat. So, the oil cooler must be capable of rejecting at least 20kW of heat to maintain an acceptable and stable oil temperature.

The next thing to consider is the native efficiency of the system. This is almost impossible to calculate but can be estimated based on the type of system and the components used.

For example, as explained above, a piston pump driving a piston motor is 85 percent efficient, but a gear pump driving a gear motor is only 72 percent efficient. If both systems had a continuous input power of 100kW, then allowing for additional losses in conductors and valves, a cooler capable of rejecting around 25kW of heat would be required for the piston pump/motor system and 35kW of heat rejection for the gear pump/motor system.

These percentages need to be increased if the system features an accumulator with significant storage volume, or servo or proportional valves. In fact, it's not unheard of for a proportional or servo hydraulic system to require installed cooling capacity of between 50 and 90 percent of input power! For 100kW of input power, this would mean a cooler that can reject between 50 and 90kW of heat.

In conclusion, the size of the cooler selected as a percentage of input power is usually an arbitrary number based on all the above considerations - and ideally, with a margin of safety built in. It's better for the cooler to be too big rather than too small - perhaps not from a cost perspective - but certainly for reliability. In other words, installing insufficient cooling capacity is a mistake, and usually a costly one.

We are an EMMEGI UK Master Distributor.